Title: How to Discipline Toddlers in a Positive Way (Applicable to 18 – 24 Months Old)

Narrator: How to Discipline Toddlers in a Positive Way (Applicable to 18 – 24 Months Old)

Scene: Dad, Mum and Julian are playing with other kids in the playground.

Narrator: Starting from 1 year old, children thrive in their physical and language abilities. They start to test their own limits and yet, their logical reasoning and judgment are still immature. Undesirable behaviour does occur and therefore, your guidance is really important! The following keys to positive discipline will make your parenting easier and happier.

Scene: Some kids are playing ball in the playground.

Narrator: You need to encourage your child for his positive behaviour and correct the undesirable. Then, he can learn which behaviour is desirable and which is not.

Scene: Julian picks up the ball and passes it back to the kids.

Narrator: Julian picks up a ball rolled to him and returns it to the kids at a football game. Seeing what Julian did, Dad praises him.

Scene: When Dad and Julian are approaching the slide, Dad sets some rules with him.

Narrator: Setting simple rules helps your child understand and follow your expectations. At the same time, you need to be his role model.

Narrator: Dad sets up some rules with Julian before letting him play on the slide, like “going home after playing 2 times”.

Scene: Julian stands in the way of others on the slide

Narrator: When your child disobeys the rules, you need to stay calm, say “no” to him with a firm facial expression and a “no” gesture. It doesn’t mean that you need to yell.

Scene: Julian sits on the ground and obstructs other kids playing on the slide.

Narrator: Julian sits on the ground and obstructs other kids playing on the slide. Mum asks him to get up and not block the way.

Scene: Julian follows Mum to the queue. Mum pats his head and praises him.

Narrator: Remember to praise your child if he listens and follows the rules.

Scene: Julian is playing on the slide with other kids.

Scene: After sliding down, Julian tries to climb up the slide instead of the stairs. Mum stops him.

Narrator: After sliding down, Julian tries to climb up the slide instead of the stairs. Mum stops him. He looks upset and starts throwing a tantrum.

Narrator: When toddlers disobey and throw a tantrum, you can deal with it such as by simple distraction.

The Department of Health owns the copyright of this digital video.

This digital video is produced solely for non-commercial use.

It should not be rented, sold or otherwise used for profit-making purposes.

Is a toddler too young to have rules?

From the age of 1 year, with the increase in mobility and learning ability, your toddler needs clear and consistent limit setting to help her understand the demands from adults, learn to cooperate and control herself.

If you allow your child to do whatever she likes with few clear limits, you will find it difficult to exercise control when she has developed unacceptable behaviour. Firm and positive discipline helps you to manage your child’s behaviour in a calm way. It will make your parenting job easier and you will get on better with your child.

Your toddler’s ability to think logically and make judgment is still developing. He needs your supervision to ensure his safety. More importantly, your guidance can help him understand what the acceptable and unacceptable behaviours are, and adjust and cope successfully with the demands on him.

Children can be overwhelmed by too many rules and limits. There are times you can encourage your child to develop autonomy and problem solving by allowing him to make age-appropriate decisions. For example, you may let him explore different ways in play within reasonable limits, or choose his preferred clothes or snacks from choice of a few.

Is spanking or threatening more effective?

You need to encourage your child’s positive behaviour as well as correcting his undesirable behaviour. For instance, you can praise your child for staying in the seat or singing nicely. Instead of shouting at your child when she misbehaves, you have to teach her what she should and should not do. Your verbal praises can also be coupled with the following actions: 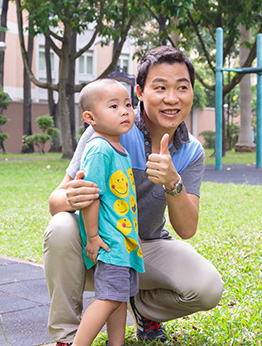 Simple rules are not only easier for you to carry out, but also clearer for your child to follow.

What are some of the age-appropriate rules? 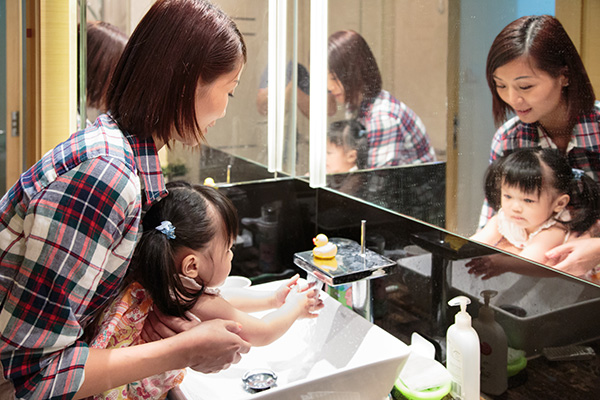 Guide Your Child to Obey

Stay calm when your child does not follow the rules. Say “no” to your child with gesture while putting up a firm look on your face such as having your eyebrows raised and your chin down. Here is an example illustrating the steps:

You have to stop any dangerous acts of your child immediately and teach him, e.g.,

Then divert his attention to some other interesting and safe activities.

Intentions behind the behaviour

As mentioned before, children at this stage throw tantrums and act out easily. Sometimes, they may scream, bang their heads gently, make silly faces or break rules under safe circumstances. The intentions behind these behaviours are:

These behaviours will disappear eventually if you handle appropriately. However, if you give attention (e.g. smiles, verbal responses or shouting) to the misbehaviour, your child will continue the misbehaviour as it can attract your attention.

How to deal with children’s misbehaviour?

You can purposefully ignore the misbehaviour by total withdrawal of attention and responses (including saying “I won’t talk to you until you behave well”).

The behaviour of your child may escalate at the beginning during your ‘planned ignoring’. However, if you persist, your child will understand that the behaviour cannot draw your attention. Then he will do less of it. Once he stops the behaviour, attend to him immediately or praise him for being quiet. Then, divert your child’s attention to another activity. 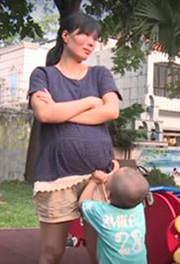 Positive discipline is using constructive and non-hurtful ways to develop desirable behaviours in your child. What can dad and mum do? Read on about the following 5 keys:

To make the above 5 keys effective, parents need to implement them persistently and consistently!